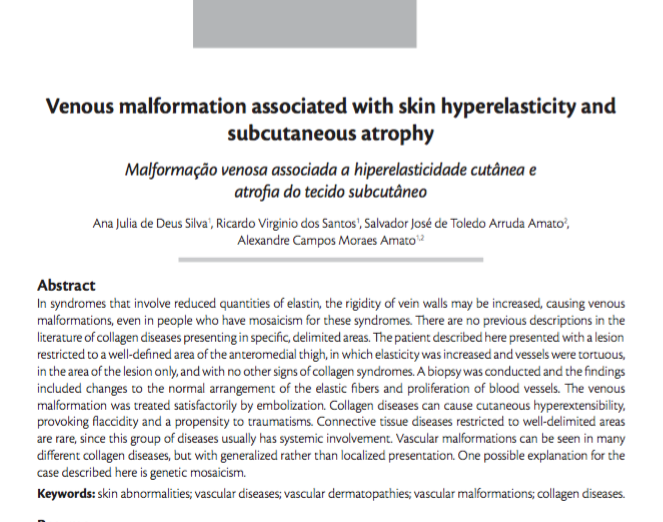 In syndromes that involve reduced quantities of elastin, the rigidity of vein walls may be increased, causing venous malformations, even in people who have mosaicism for these syndromes. ere are no previous descriptions in the literature of collagen diseases presenting in speci c, delimited areas. e patient described here presented with a lesion restricted to a well-de ned area of the anteromedial thigh, in which elasticity was increased and vessels were tortuous, in the area of the lesion only, and with no other signs of collagen syndromes. A biopsy was conducted and the ndings included changes to the normal arrangement of the elastic bers and proliferation of blood vessels. e venous malformation was treated satisfactorily by embolization. Collagen diseases can cause cutaneous hyperextensibility, provoking accidity and a propensity to traumatisms. Connective tissue diseases restricted to well-delimited areas are rare, since this group of diseases usually has systemic involvement. Vascular malformations can be seen in many di erent collagen diseases, but with generalized rather than localized presentation. One possible explanation for the case described here is genetic mosaicism. 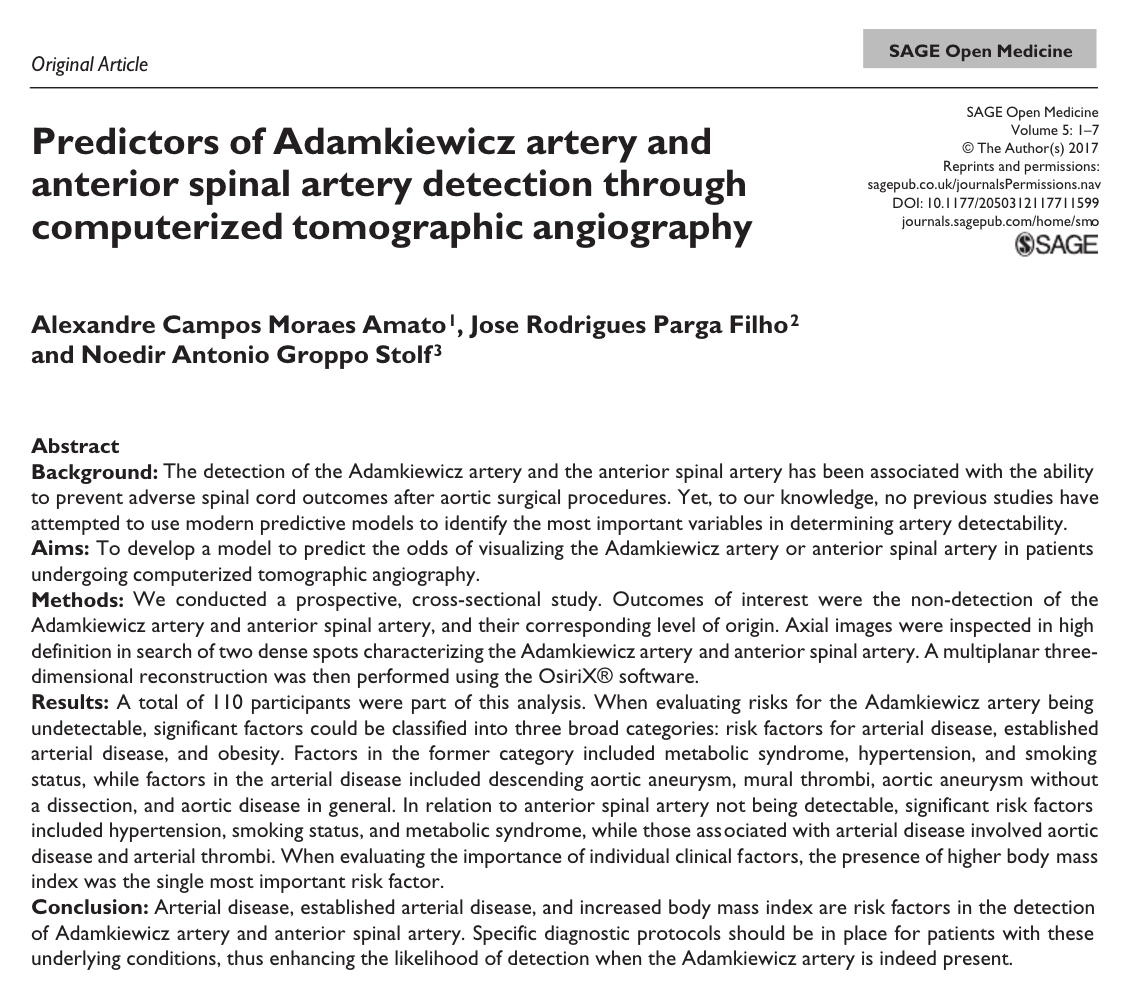 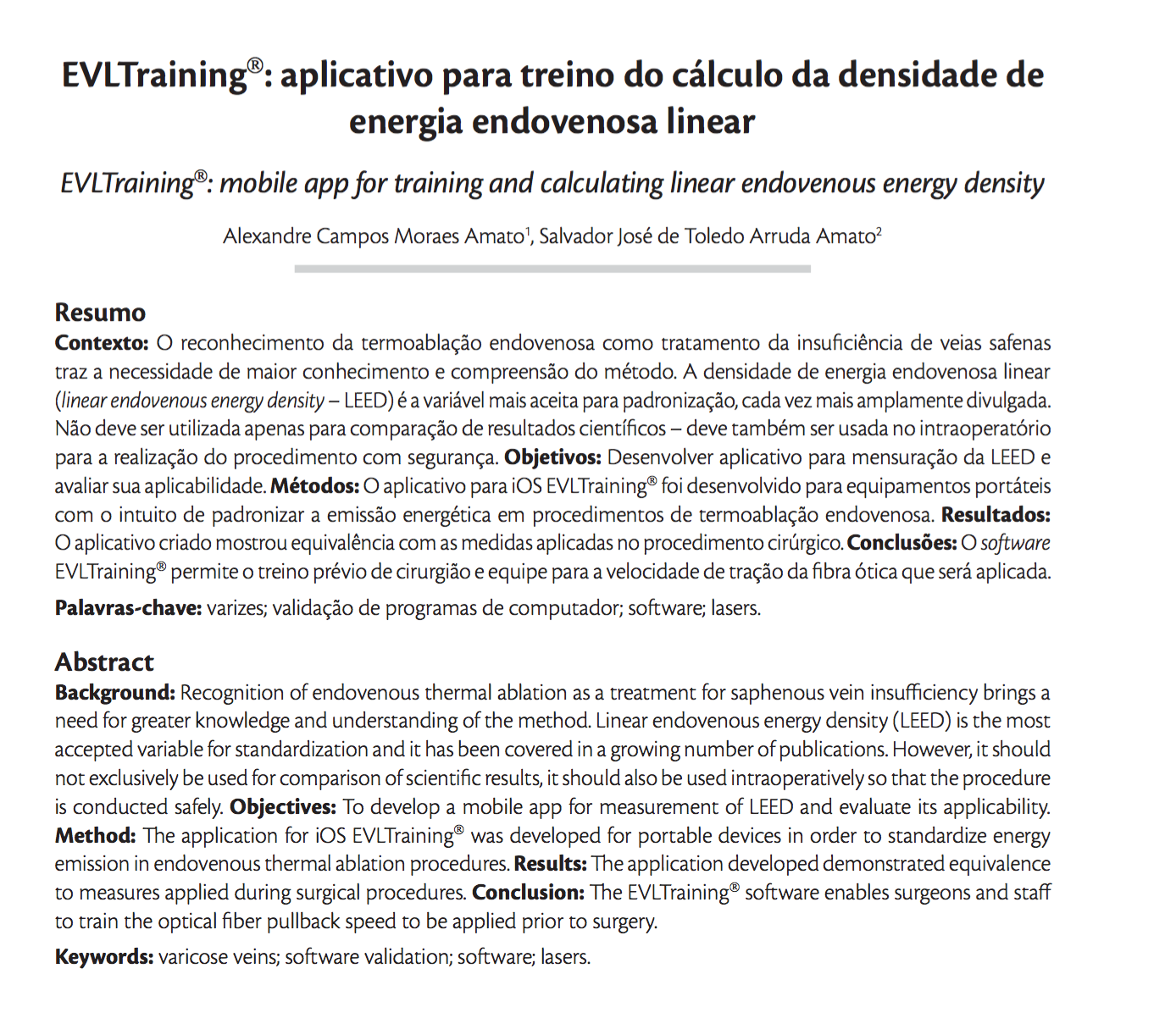 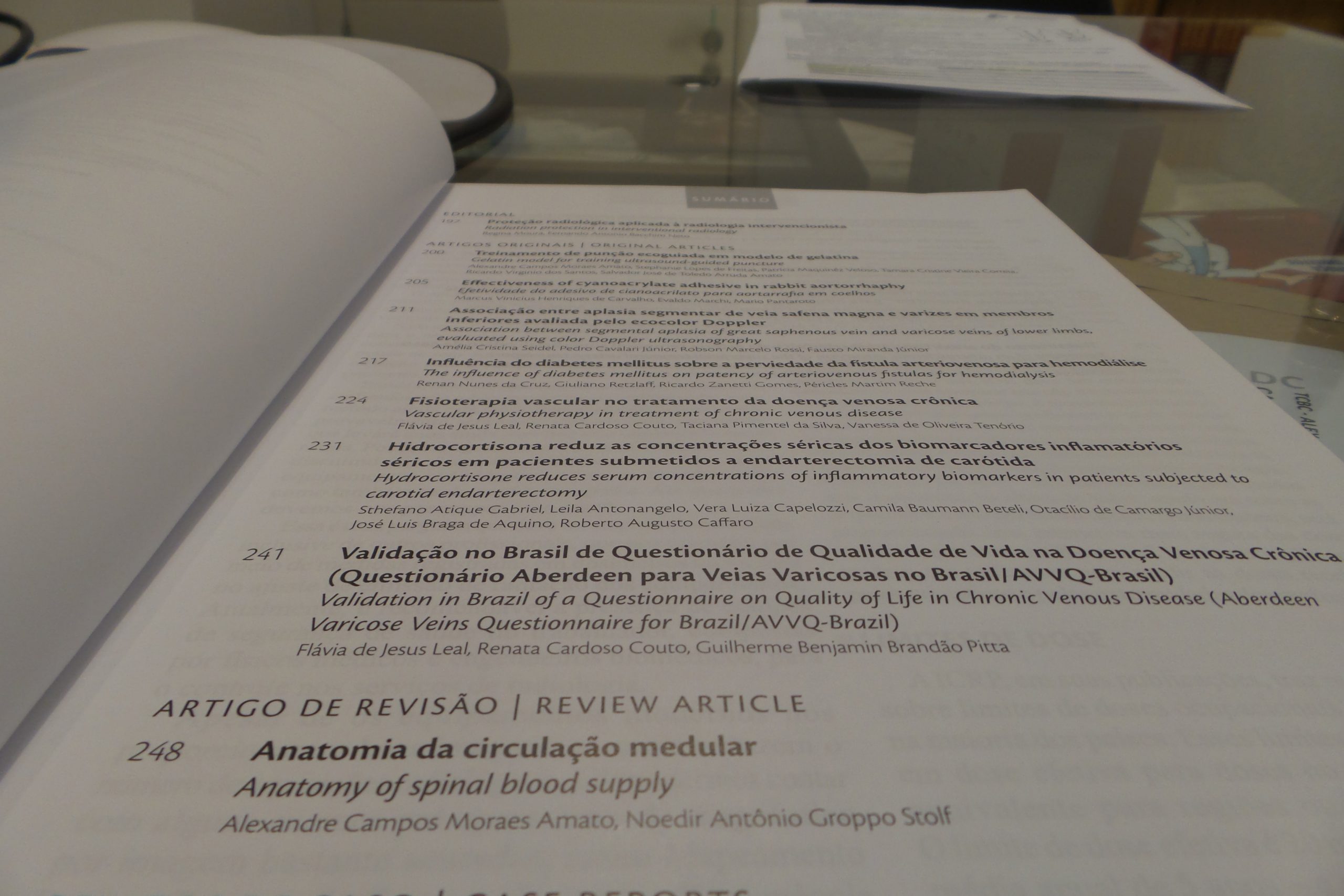 The intricate three-dimensional vascular anatomy of the spinal cord is still not completely understood, and its terminology varies between studies. In view of its… Continue a ler »Anatomia da Circulação Medular 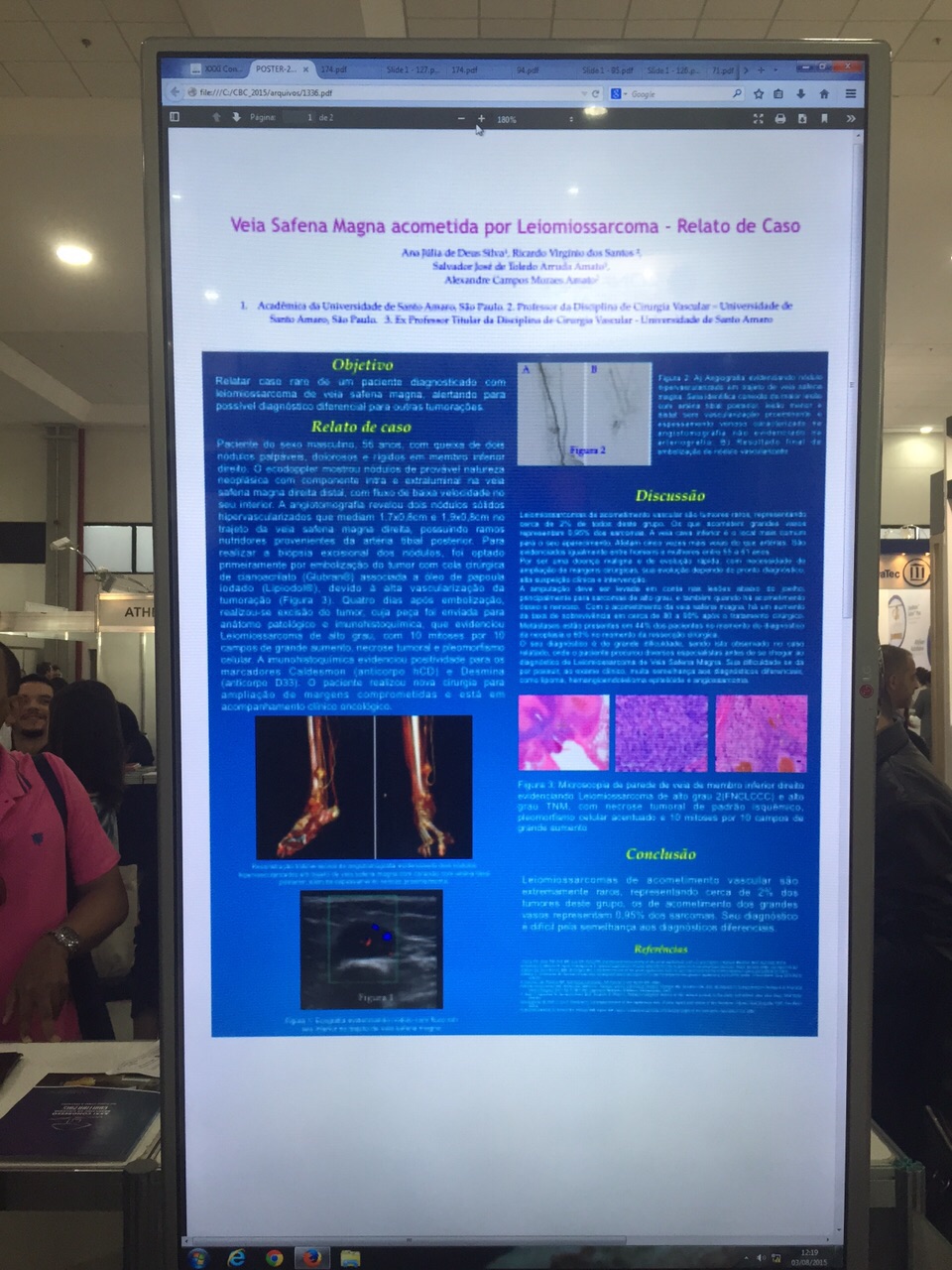 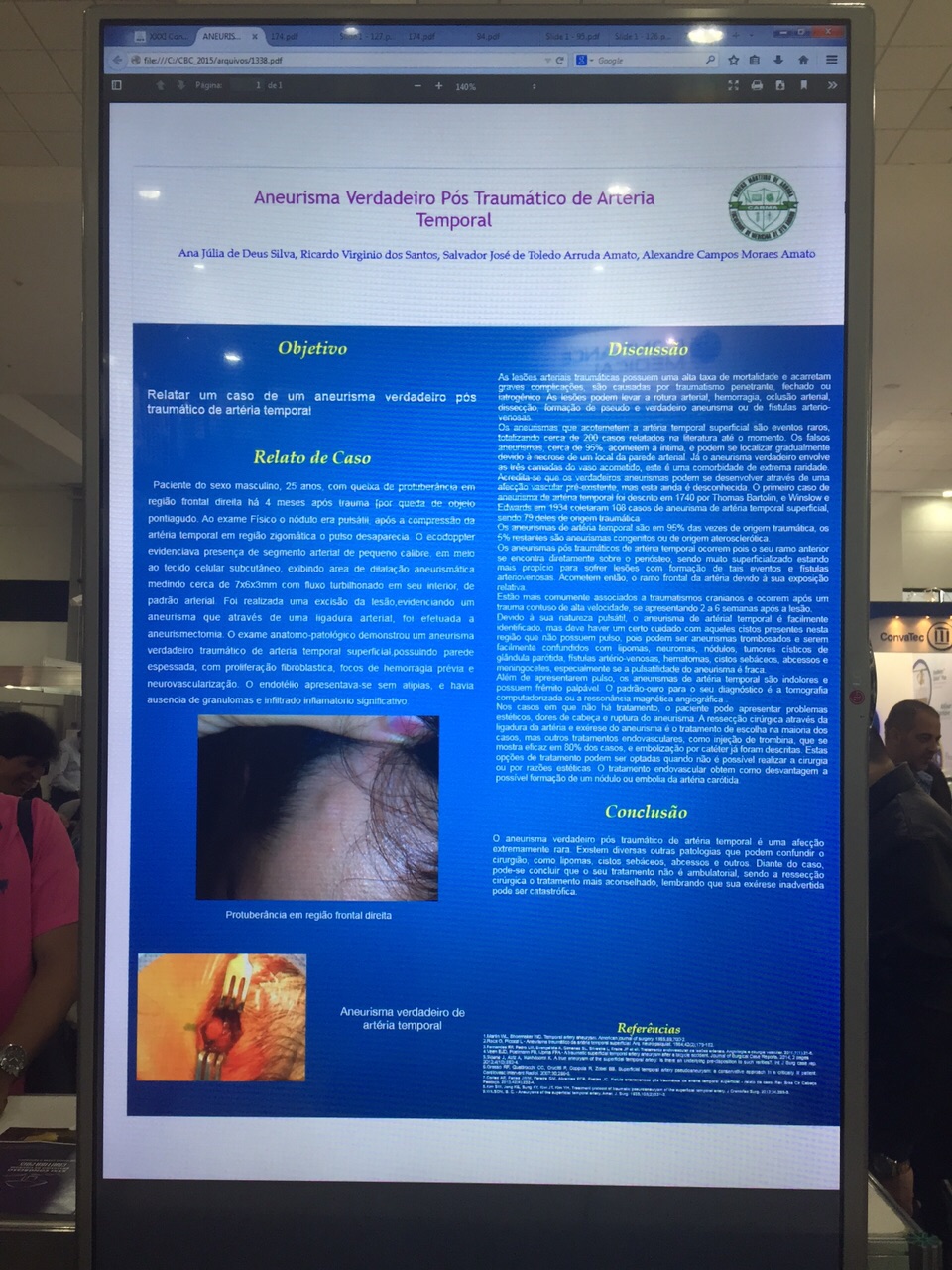 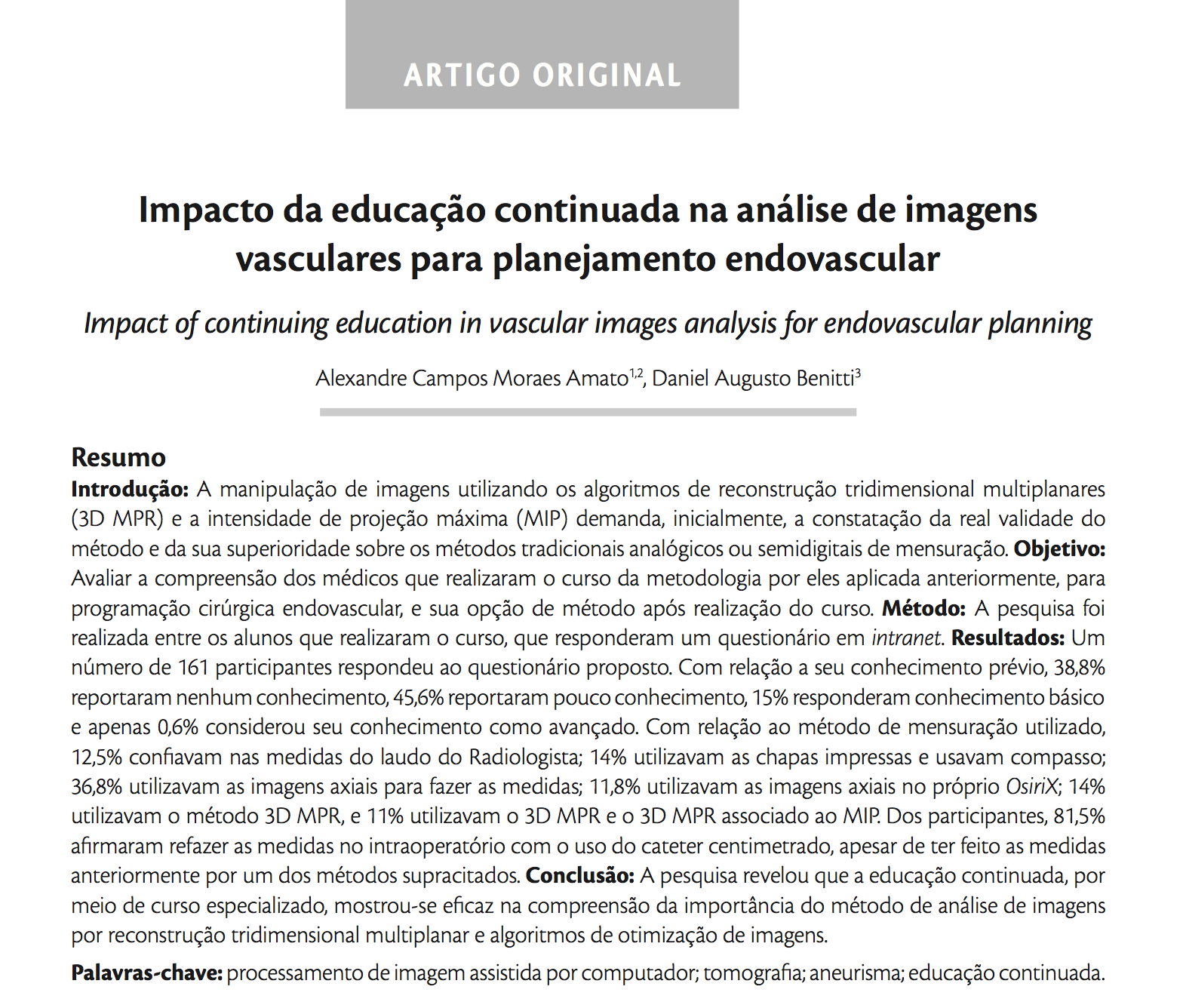